It was Uncle Howard’s last flight. He loved every minute of it.

Howard Watt had flown everything from Curtiss JN-4 Canadian “Jennies” to four-engine Liberator wartime transports during his three decades in commercial aviation and RAF Ferry Command. To fly in a Fairchild F-27 turboprop was icing on the cake. 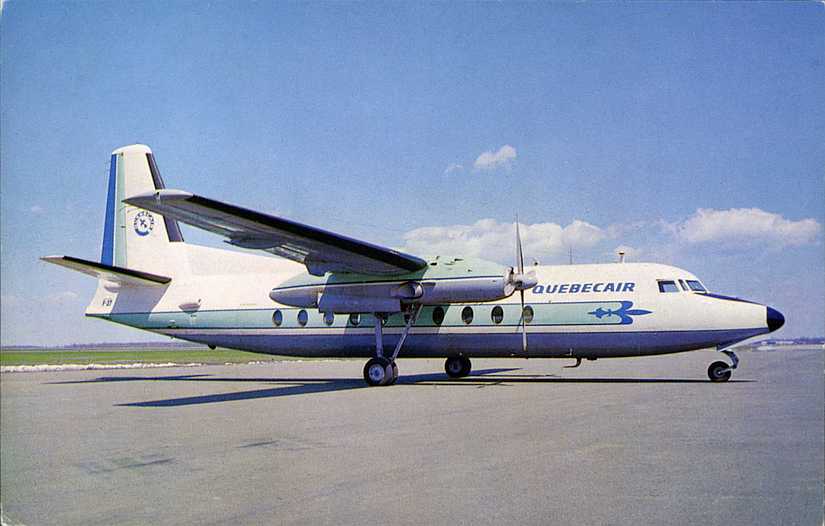 A special friendship lay behind that December 1960 flight.

When Howard retired from aviation, he and his wife Flo (Fleurette Church) operated a motel at Brockville, Ontario. A lucky chance prompted Claude and Margo Castonguay to overnight there while on the road between between Montréal and Toronto.

Claude was then a pilot with Québecair, and Margo had been the first stewardess for the Quebec carrier. Previously, Claude had flown north of Sept-Îles into the Schefferville area in the early 1950s when the Iron Ore Company of Canada was constructing its railway.

Howard knew the Sept-Îles and Lower St. Lawrence area well, from his years as a bush and airmail pilot there in the late 1920s and the 1930s.

With so much in common, the two men spent many happy hours reminiscing and soon became fast friends. That friendship led Claude to arrange an invitation for Howard to join him in the front seat of an F-27 on a scheduled flight from Mont-Joli to Montréal and return. History does not record whether Howard took the controls for a spell or two. 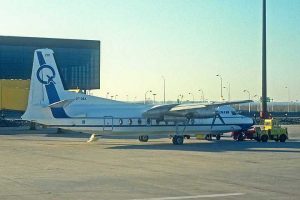 Fairchild manufactured their F-27 under license from Fokker. It was based on the Fokker F-27 – a model which very appropriately was named “Friendship.”

A Memory to Treasure

“It was a wonderful experience for me to sit up front and observe the fine performance of this modern aircraft and the latest system in air navigation. Our course was pretty much the same as when I flew the mail from Montréal to Rimouski and return in a new Fairchild 71 some 30 years ago. There was no radio or ground organization then and that is when we really “flew by the seat of our pants.” It was grand to relive it again in the modern way.” [6 December 1960]

Uncle Howard would treasure the memory of that flight for the rest of his days. He died in December 1970, following a stroke. 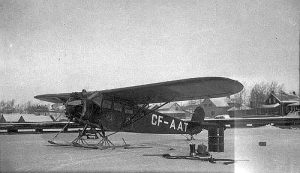 Fairchild 71 CF-AAT (c/n 610) first flew for Canadian Transcontinental Airways. In 1936, when owned by Canadian Airways, it was damaged beyond repair in an accident near Sioux Lookout, Ontario. Photo: LAC PA102039.

In 1929, Howard Watt flew the Montréal-Rimouski mail run for Canadian Transcontinental Airways Ltd., often in CF-AAT, a brand new Fairchild 71 registered to CTAL on 4 March 1929. Twice weekly flights in the summer season provided airmail connections with Canadian Pacific’s ocean liners on the St. Lawrence River when they stopped at Pointe-au-Père to board or discharge their river pilots. The service saved one to four days on mail delivery, speeding up commercial exchanges between Canada and Europe.

Claude and Margo Castonguay reached out a few years ago to tell me of their friendship with Howard and Flo Watt. During a visit, Claude regaled me with many stories about his flying career, including the time Howard flew beside him in the Fairchild F-27. They kindly provided a copy of Howard’s letter to Gilles Simard, chief pilot at Québecair.