Guest author Allan Snowie is a former Canadian naval aviator and retired Air Canada captain.  He authored Bloody Buron, a history of the Highland Fusiliers of Canada; The Bonnie: HMCS Bonaventure; and Collishaw & Company: Canadians in the Royal Naval Air Service.  In April 1917, Allan led a team of pilots and ground crew to fly over Vimy Ridge, France. 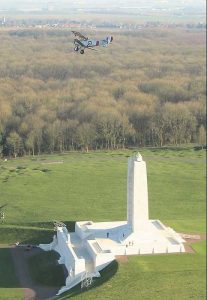 Since early October 2021, the Vimy Flight has featured a daily Remembrance post on its Facebook page in tribute to each one of Canada’s 191 Naval airmen who died during the years 1915 to 1919.

Today we commemorate the 105th Anniversary of Canada’s victory at Vimy Ridge, France.  Five years ago, our Vimy Flight had the privilege and, indeed, the honour of conducting a fly-past salute in five replica First World War aircraft during celebrations to mark the centenary of that historic battle.

Our wee fleet included four Nieuport “Bébés” and one Royal Aircraft Factory SE5a, all open-cockpit biplanes. There were also two Sopwith Pups for static display. The replica fighters were airlifted across the Atlantic in an RCAF aircraft courtesy of 429 Transport Squadron. 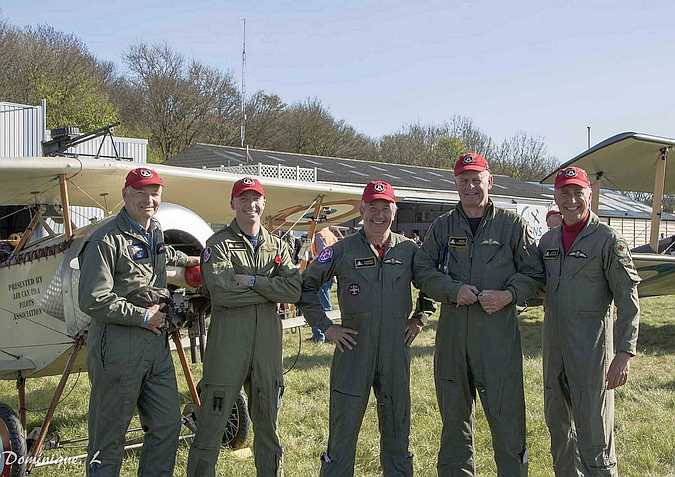 In workups for the Vimy ceremony, each of our pilots was first given an area checkout at the local Lens-Bénifontaine French airfield and then flew wingman in a two-plane formation to the Ridge. All our aviators were former Royal Canadian Air Force members, and all were formation-skilled.

The training route passed over Notre Dame de Lorette, the largest French military cemetery with 39,985 First World War burials.  In 2014, a circular edifice was added on these grounds with the names of 579,606 French, German and Allied soldiers who died between 1914 and 1918. This enclosed ellipsis design was to indicate the unity of Europe today.

Reaching the Ridge, our lead replica biplane would take number two around the Vimy Memorial.  It was a reality check and a humbling experience for all of our Team – and rather misted one’s goggles.  The panels on the Memorial carry the names of 11,285 Canadians killed on French soil and having no known grave.

The flight back to Bénifontaine field would pass near the Cabaret-Rouge British Military Cemetery with its 7,650 burials – and that is just one of the many Commonwealth War Graves sites in this area. 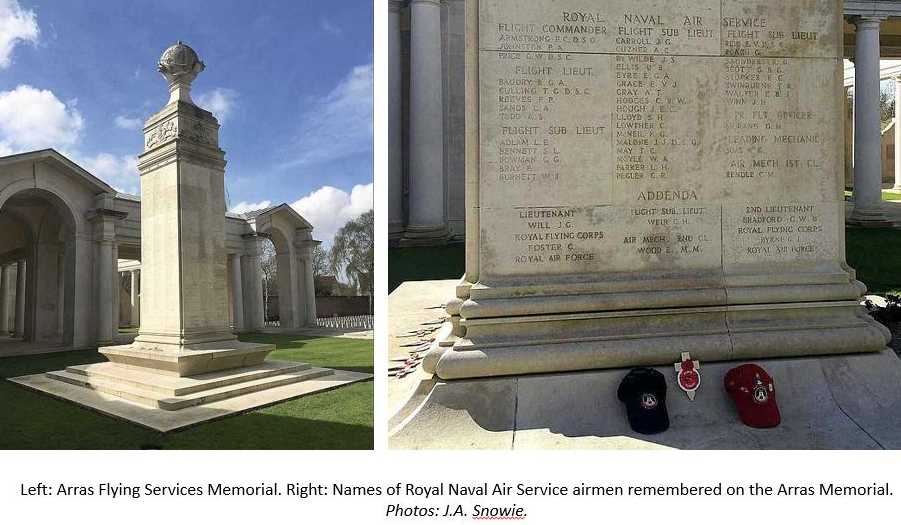 All of these body count numbers are mentioned in order to pass along our ‘reality check’ for anyone visiting Vimy Ridge.  For such a Canadian pilgrimage, may we suggest also taking a 15-minute car drive from the Vimy Memorial to the Arras Flying Services Memorial. That design features a cloister of Doric Columns facing west. The names of 1,018 men of the Royal Naval Air Service, the Royal Flying Corps and the Royal Air Force who died on the Western Front between 1916 and 1918 and remain Missing in Action are carved on the central obelisk.

While such aviation numbers may seem much smaller than the figures quoted above, consider that 943 Canadians flew in the RNAS and 191 died.  That’s a loss of one in five.  Canada’s overall military contribution during the Great War was more than 619,646 from a Dominion of only eight million, and 67,000 died – nearly one in ten.

We Must Remember Them.

In special tribute to Joseph Stewart Temple Fall, DSC & 2 Bars, AFC (1895-1988), a First World War ace credited with 36 victories, Allan Snowie carried Fall’s original leather flying helmet with him on the Vimy Memorial Flight in 2017. You can read here about Fall’s career in the Royal Naval Air Service as told to the Canadian Museum of Flight, Langley, B.C., by his son Mike Fall in 2015.