Trethewey Airfield Made History a Century Ago 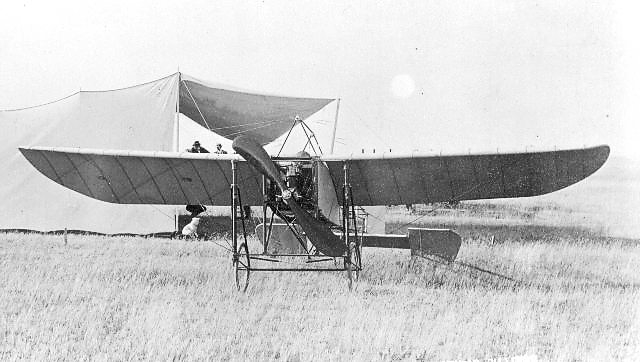 This monoplane designed by the Frenchman Louis Blériot was one of two aircraft exhibited by Jacques de Lesseps at the Montréal and Toronto air meets in 1910. A Blériot XI, it was powered by a 25 hp Anzani engine. Photo: Canada Aviation and Space Museum #11255.

IT’S THE YEAR TO CELEBRATE OUR AVIATION HISTORY

On Saturday, 15 July 2017, at 10:45 a.m., an official plaque will be unveiled in Toronto at Hearst Circle and “The Wishbone”, Mount Dennis. A reception will follow nearby at The Atrium, 12 Division Police Station, 200 Trethewey Drive, North York.

You’ll need a ticket. A small donation is requested in lieu of a set fee. Click on the link to order tickets online:

My own reason is a family tie-in. My uncle Howard Watt, one of Toronto’s early aviators, tested the idea of setting up an air service at the Trethewey farm some 90 years ago. Instead, he chose a location on Yonge Street (north of today’s Highway 401) later known as the Willowdale Airfield.

But the Trethewey connection with aviation goes back more than a century.

A French monoplane, the Blériot XI, flies above the crowds at Trethewey Model Farm during the Toronto Air Meet in July 1910. Photo: Canada Aviation and Space Museum #20713.

In July 1910, thousands of spectators flocked to William Griffith Trethewey’s Model Farm near Weston, Ontario, to see “strange bird-monsters soaring through the Air” as The Globe reported on July 9.

The occasion was the second air meet held in Canada. Sponsored by the Ontario Motor League, the event ran for a full week, with performances starting in late afternoon so people could attend after they left work.

Montréal had hosted Canada’s first air meet the previous week at what is now Pointe Claire. When the events wrapped up, pilots and mechanics loaded all their aircraft and equipment into railway cars and travelled via the Grand Trunk Railway to the village of Weston, not far from Toronto.

Featured stars at the air meet were the Wright Fliers from the United States with two Wright biplanes (30 hp Wright motors), and – from France – Count Jacques de Lesseps with two Blériot monoplanes including the famed Le Scarabée (50 hp Gnome engine), in which he had made the second crossing of the English Channel just two months earlier.

The Globe of 9 July 1910 described de Lesseps’ monoplane rising into the air like a “large bird with graceful white wings outspread,” circling the field three times, then “alighting to receive the plaudits of the spectators.” De Lesseps himself was described as a tall, slender man with a gentle, dreamy expression that “really fits in with one’s ideas of what the pioneers in aviation should be.” 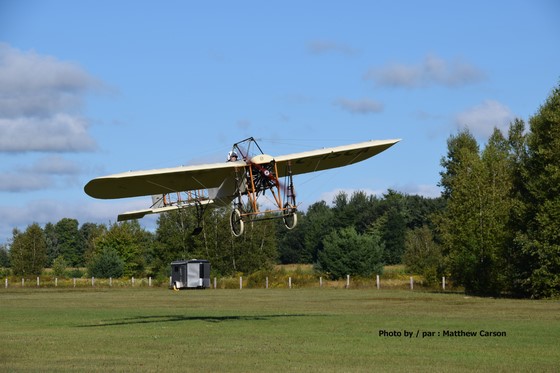 Also performing was the Wright Company’s biplane, “more imposing, though scarcely as graceful a machine” as the Blériot, to quote The Globe. Count de Lesseps may have won the hearts of the public with his persona, but the Wright biplane was far ahead in terms of technology, using a catapult launching system for takeoff. The Globe described it sliding along a monorail then sailing some fifteen feet above the ground for a hundred yards before rising into the air. For landing, in place of wheels, the Wright aircraft had two sturdy skids. Wheels could be attached under the wings to manoeuver it on the ground. 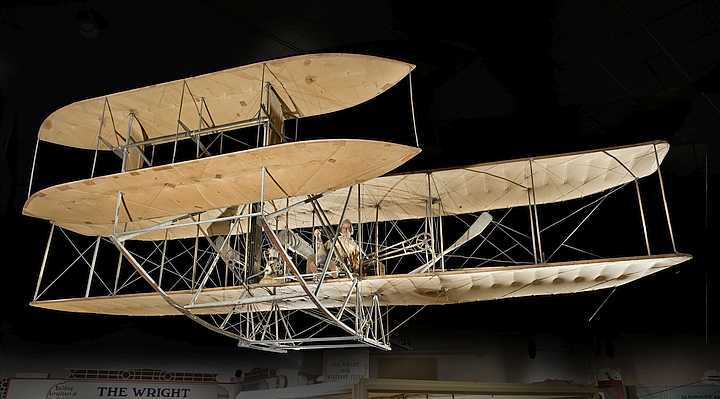 In the end, de Lesseps stole the show with his flight over the city of Toronto in Le Scarabée on July 13. From Weston, he made his way to Sunnyside, circled out over Humber Bay on Lake Ontario, and flew back in over the Exhibition grounds, before returning to the Trethewey property. The Globe reported that he travelled 24 miles in half an hour, and when he landed his barometer showed he had reached an altitude of 3,500 feet. Ecstatic crowds wrapped him in the French flag and paraded him on their shoulders in front of the grandstand as the audience shouted a resounding three cheers.

In memory of the French count, the field at Trethewey Farm would be known as the “de Lesseps Airfield” or “de Lesseps Airport” until it was closed in 1940.

Special thanks to George Fuller for comments on a draft of this post, and for research suggestions. As always, the author takes sole responsibility for any errors of fact or interpretation. Please send a comment if you spot something that needs to be fixed – or if you just want to share your thoughts on the topic.

Galway, Robert D. The Early Airfields of Toronto: From de Lesseps to de Havilland and Beyond. Toronto: Privately published, 2016.