The Forgotten Command. That’s how some people refer to RAF Ferry Command. Remembrance Day is a good time to start remembering,

Ferry Command existed for six years, from 1940 to early 1946. In that short time it recorded remarkable achievements, all the while headquartered in Montréal.

Its mission was to deliver aircraft from North American factories to overseas theatres of war. And what a grand job it did. By war’s end, the tally reached nearly 10,000 aircraft. The delivery list included 18 different types, among them Liberators, Dakotas, Mitchells, Catalinas and Venturas.

Sadly, that delivery figure came with a cost. Lost out of Gander. Lost en route to Lagens, Azores. Lost out of Natal, Brazil. Crashed Isle of Arran, Scotland. The litany is long. 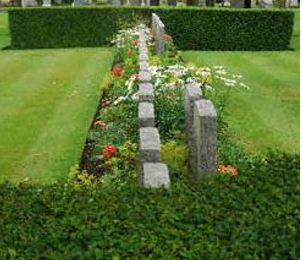 Some 500 air crew were lost on delivery flights, and another 84 men perished on post-delivery return flights. They may have been spared the perils of combat but they faced fierce natural enemies such as the North Atlantic weather with its massive storms and ever-present risks of icing, and the long stretches of ocean on crossings to Europe or Africa.

Those who lost their lives were buried in cemeteries near where they died, or in cemeteries chosen by their families. Many of the graves are cared for by the Commonwealth War Graves Commission. Men whose remains could not be recovered are commemorated by name on the Ottawa Memorial or on the Runnymede Memorial overlooking the River Thames west of London, England.

On this Remembrance Day, we shall remember them. In honouring the air crews and all the men and women of Ferry Command, we pay special tribute to their courage and determination in accomplishing their mission and tracing highways in the sky for future generations.

As we contemplate the many sacrifices war entails, our thoughts may linger on these words inscribed on the tombstone for Ferry Command Captain Danny Duggan of Boston in the Old Kibride Cemetery, Arran, Scotland, a fitting epitaph for all the air crews of RAF Ferry Command.