Outaouais and Beyond: Aviation History of the Region 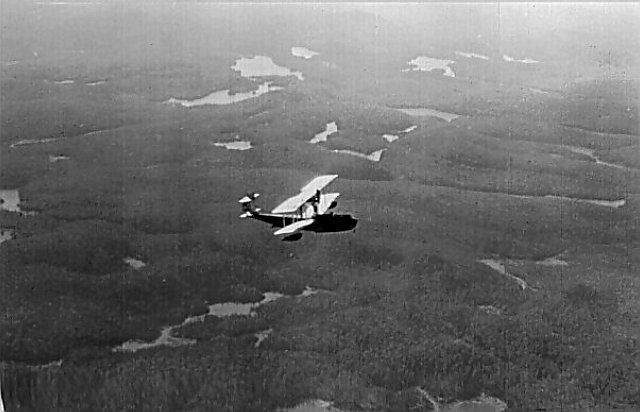 A recognized historian of Québec aviation, George Fuller makes his first appearance on Flights of History as a guest author.

Another first – this post is the first to be published on this blog in both French and English.

Aviation History of the Outaouais – An Overview

The aviation history of the Outaouais region of Québec goes back nearly 100 years to the days following the First World War when war surplus aircraft became available at modest prices. To encourage all readers to explore this rich history for themselves, I have compiled this overview covering the period from 1919 to 1970 to provide a starting point.

Based on extensive reference notes I have made over the course of 60 years, this brief survey lists some 75 commercial aviation operators and their major clients, as well as more than 130 aviation sites in the Outaouais and adjacent regions. Representative aircraft are shown for each of the operators, illustrating the variety of aircraft types flown in this part of the province. Aircraft are also listed separately, by manufacturer and type name or designation.

Addresses and years of operation are given for the various commercial aircraft operators. Representative aircraft are also listed for each operator. Unless otherwise indicated, locations are in Québec. In many cases, historic place names have been retained.

Bases on the Rivière Harricana at Amos and on Lac Osisko at Rouyn.

Flying from the frozen Lac Robertson near Taschereau, did photo survey in 1925.

Exhibition flying at Chénéville. This aircraft was wrecked in collision with an automobile, killing the driver.

In 1920, flew from North Bay ON to Mattawa ON, then followed the Rivière des Outaouais to New Liskeard ON.

Company operated at Ottawa ON, and at Maniwaki and Amos.

Client of Fairchild Aviation Ltd. for operations in the area.

Operated charter service in 1934, from Toronto ON to the Rouyn area.

Chartered in 1931 to fly Athanase David, Provincial Secretary in the Québec National Assembly, from St-Hubert Airport to his home at Ste-Agathe.

This mining entrepreneur pilot had his operating headquarters at Senneterre in 1933.

In 1929 this flying boat visited Rockcliffe ON and later may have carried freight from St-Félicien to the Obalski mining operations in the Chibougamau area.

This aircraft covered a large area of Québec on exploration work.

Although its principal base was at St-Félicien, this company probably was a regular operator in the area. 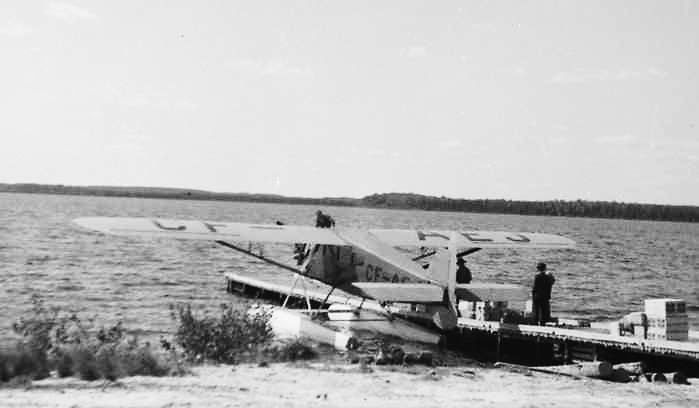 The prominent first operator of the Norseman, the company had bases at Rouyn (Lac Osisko) and Senneterre.

Operating briefly from a field on the Allen Farm on the Aylmer Road.

Operated bi-weekly service between Haileybury ON and Rouyn. 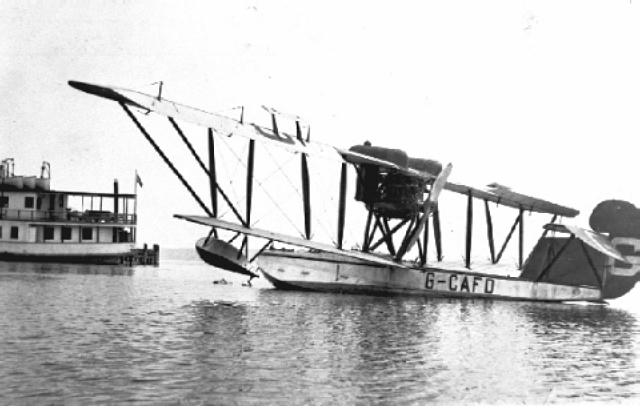 Called in to assist the over-booked Fairchild organization in Canada to conduct a photo survey for a projected power line to connect newly completed Gatineau Power generating stations with the Ontario Hydro-Electric Power Commission grid.

This aircraft’s 1926 tasks included photographic operations in the Ottawa Valley, and vertical photography of an area on the National Transcontinental Railway northwest of Parent Station as well as the area north of La Tuque and east of Trois-Rivières.

In 1937 operated daily service from Rouyn to the gold mining area of Val d’Or. Freighting from Oskélanéo to the Chibougamau area.

This important operator’s activities are too extensive to summarize here. 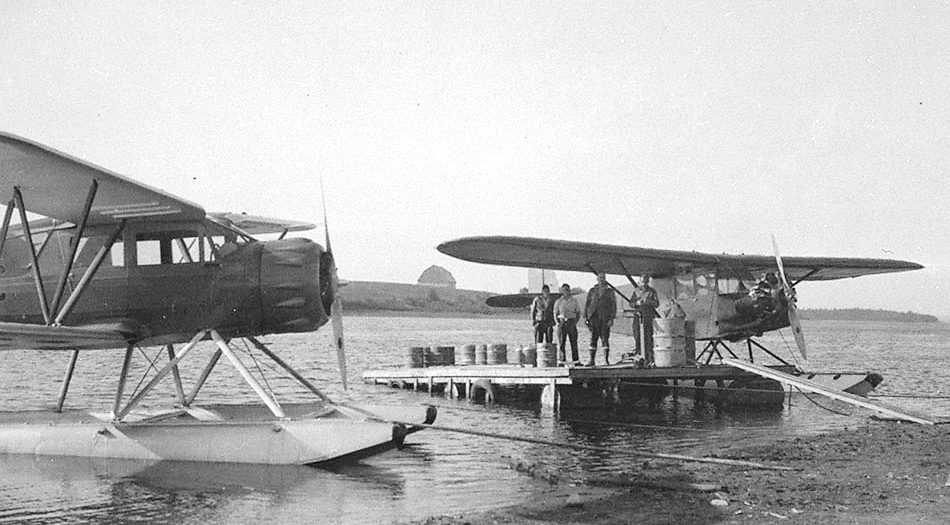 Glyn Burge is believed to have operated from Haileybury ON and Senneterre.

A major client of the Fairchild companies.

Major operator in the area with bases at Amos, Rouyn, Oskélanéo and Hudson ON.

Operating from Lac Ouimet and its adjacent airport.

Apparently operations ceased when this leased aircraft was destroyed by fire. 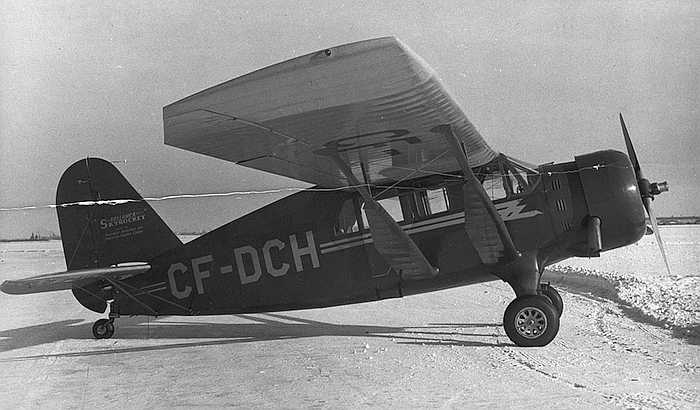 The Hennessy brothers were contractors and prospectors, operating aircraft from both Hudson ON and Oskélanéo.

Parent company of the Canadian International Paper Company and the Gatineau Power Company, served by the Fairchild companies.

Specializing in forestry inventory and aerial sketching, associated with the Fairchild companies.

Charter and freight operator. Absorbed with Air Fecteau in 1981 into a new company, Propair Inc. of Rouyn-Noranda.

Did passenger carrying and pleasure flying.

Flew from Lac-à-la-Tortue to Lac Kewagama (now Preissac) in 1920 to establish a mining claim, the first such operation in Canada.

Bases at Grand-Mère (Lac-à-la-Tortue) and Rémi Lake (Moonbeam) ON.

“Barnstorming” and passenger flying in Québec as far east as Trois-Rivières.

Based at Leaside ON and New Liskeard ON, took and marketed aerial photos of Québec regions.

Based at Schumacher ON. Owner of Belleterre Québec Mines Ltd., Belleterre (1936-48).

Active in the western Québec mining area, W.N. Millar was a commercial pilot, related to the Weaver family from which Waco got its name.

Mohr was part owner, with J. Nash and Louis Bisson. 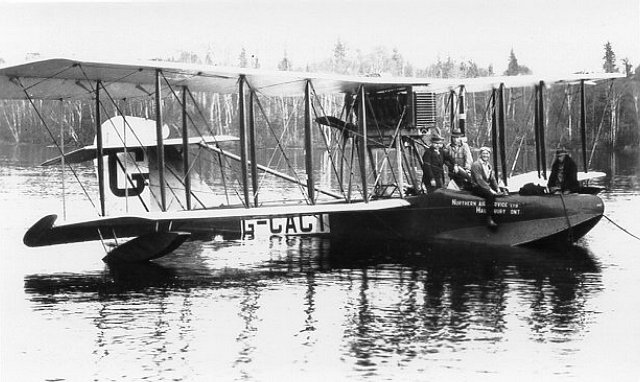 Nash was part owner, with R.S. Mohr and Louis Bisson.

Operated in the Amos area.

Crash of this airplane resulted in considerable litigation.

Based at Sioux Lookout ON. Passenger flights to Rouyn in April 1927 from Haileybury ON.

Company president was Robert Cockeram (see above). Ranged as far north as the Ungava region. 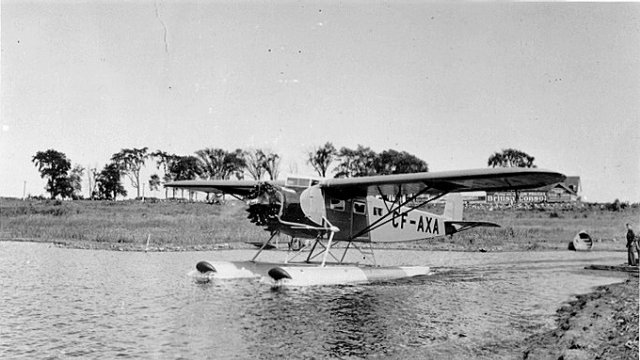 Owners Adélard Raymond and Harry Wilshire. One of their then-unregistered JN-4 biplanes, named Raymondale, made the first aircraft landing at Lachute on 13 November 1919, piloted by Harry Wilshire. It was probably the first commercial aircraft operated in the Montréal area.

Operated daily scheduled service between Montréal and Kirkland Lake ON with stops at Val d’Or (Sullivan) and Rouyn in 1937.

My sincere thanks to the following:

– Noël Rodrigue for the French translation,

– Maurice Graffin for revision of the French text,

– the team of volunteers at the Gatineau Airport whose airport history project inspired me to compile this overview of aviation history in the “Outaouais and Beyond.”

If you have memories to share or further information to contribute on the topics covered in this post, you are invited to do so via the comments box below.