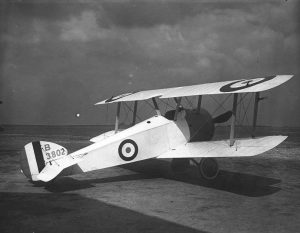 With nine victories to his credit, First World War ace Richard Jeffry Dawes D.F.C. said goodbye to dogfights with RAF 45 Squadron, and returned to Canada in August 1918. The days of Sopwith Camels and aerial risk-taking on the Italian front were behind him. He had earned the right to a quiet life. But fate had other plans in store.

First, there was a special ceremony in Montréal honouring 181 Canadians for their service during the First World War. Dawes was one of 11 Canadian airmen personally decorated with the Distinguished Flying Cross on 28 October 1919 by the Prince of Wales, later crowned King Edward VIII. The London Gazette notice (Supplement, 21 September 1918) called him “a very gallant and courageous officer.”

In 1920, he married Edythe Osla Cains and they settled into a substantial home on Seaforth Avenue in Montréal’s famous Golden Square Mile. The same year, Dawes joined McDougall and Cowans, a well-established Montréal firm of stock brokers co-founded in 1908 by his wife’s uncle, Percy P. Cowans, who remained a senior partner. By the 1920s, the company was the largest brokerage in Montréal and the most important investment house in all of Canada. 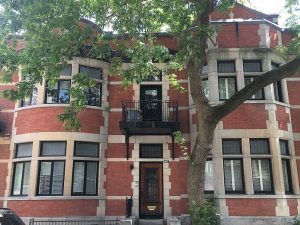 Social columns in the newspapers reported the young couple at society balls or attending the horse races at Blue Bonnets track. Amateur golf and tennis drew their interest as both participants and organizers. Dawes, a low handicap golfer, became president of the Québec Golf Association (1937) and vice-president of the Royal Canadian Golf Association. He was a dedicated hockey fan, and was president of the Victoria Hockey Club in Montréal from 1927 to 1929. Among his clubs were the Mount Royal, St. James’s, Royal Montreal Golf, Mount Bruno Golf, Kanawaki Golf and Montreal Indoor Tennis. He was also a member of the Montreal Hunt, the Jockey Club of Montreal and the Montreal Light Aeroplane Club. There is no evidence that he continued flying after his return from Italy in 1918, but his brother A. Sidney Dawes was MLAC president in the club’s early years. 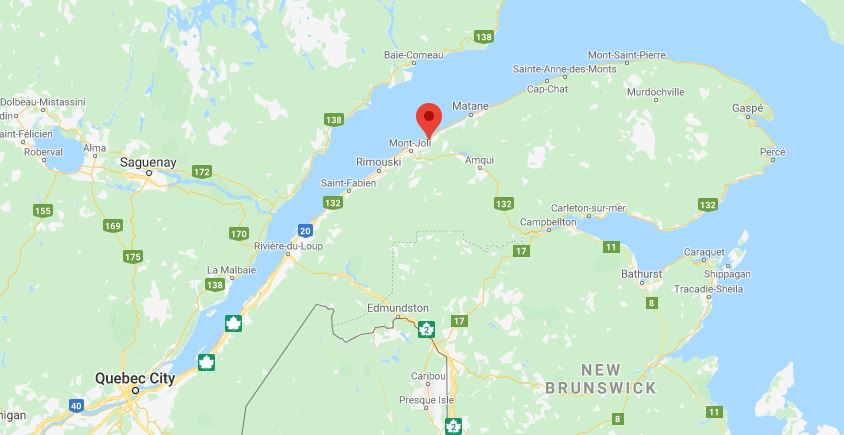 Metis Beach on the south shore of the St. Lawrence River. Google map.

Like many prominent Montréal families, Mr. and Mrs. Dawes sought refuge away from the summer heat of the city. Their chosen resort was Metis Beach, 200 miles north-east of Québec on the south shore of the St. Lawrence River, described by the press of the day as “one of the best known and most fashionable of Canada’s summer resorts.” When the Dawes built their dream summer home there in the late 1920s, they never imagined that all too soon their lives would be turned upside down by murder most foul on their very doorstep.

Montréal was sweltering in the summer of 1930. The temperature had already reached the 30° level for six days in June when Mrs. Dawes and her four-year-old daughter took the train for Metis on the 20th. Her mother, Mrs. George L. Cains, was on the same train. She would spend the summer in her own cottage at Metis. Mrs. Dawes also planned to stay until September at the new “cottage” on Beach Road ­– a sumptuous residence with beautifully designed grounds. Mr. Dawes would come for weekends and his annual holidays. 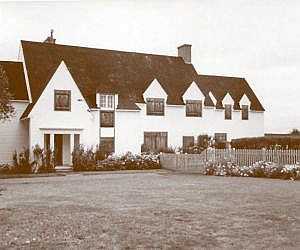 At sunset on Thursday, 26 June, Mrs. Dawes noticed a problem with the newly installed electric lights. Since Kenneth McNider Burke, manager of the adjacent Cascade Hotel and a personal friend of the family, was supervising the house construction, Mrs. Dawes phoned to ask his advice. Burke arrived on foot a few minutes later.

As they stood in the doorway, Mrs. Dawes holding a lamp, a gardener on the Dawes’ property burst upon them in a fury, a revolver in hand, and began shooting at close range. Burke fell to the doorstep, shot through the temple and the heart. Mrs. Dawes threw her lamp at the assassin, who swung around and fired four bullets at her. He then emptied his revolver into Burke’s lifeless body. Not satisfied, he left to reload his revolver, then continued shooting at the dead man.

Despite her wounds, Mrs. Dawes made her way into the house, supported by the maid who had been standing beside her, and telephoned for help. A nearby grocer came immediately, accompanied by a customer who happened to be in the store. A doctor from Mont-Joli was at the injured woman’s side an hour later. Summoned post-haste from Montréal, Mr. Dawes rushed down with his wife’s father, two doctors and two nurses travelling by special train.

The Montréal Gazette reported that after taking two bullets in the chest, one in the abdomen and a fourth in the knee, Mrs. Dawes was in critical condition, with only a fighting chance for life. An emergency operation at her home to remove two of the four bullets left Mrs. Dawes resting more comfortably, although she now had a collapsed lung. Surgery on the other two wounds would have to wait until she regained sufficient strength.

As for the gardener, one Albéric Taupier, he simply returned to his lodgings after his rampage, and went to sleep. There he offered no resistance as the local police arrested him around midnight and took him to the jail in Rimouski.

A coroner’s inquest and a murder trial would follow. Richard Dawes may have been yearning for a quiet life after his war service but the reality was turning out otherwise.

The story continues in the next installment.

A number of people helped me pull this story together. Email exchanges with Andy Kemp at Cross & Cockade sparked the idea. Sarah Bellefleur Bondu, reference archivist at Library and Archives Canada, located key documents on Taupier’s trial for murder. George Fuller, as always, was ready to advise and look up facts in his vast library. Ian Macdonald read the text with a hopefully objective and critical eye. Finally, my thanks to Montréal residents Rachel and Michael Simioni who rerouted their bicycle tours to photograph the former Dawes’ home on Seaforth Avenue. The author remains responsible for any errors of fact or interpretation. Please let me know via the Comments box if you spot anything that should be corrected.

This post draws primarily on newspapers of the day accessed through Newspapers.com and the Quebec archives, Bibliothèque et Archives nationales du Québec (BAnQ). Lovell’s Directory and Who’s Who in Canada 1936-1937 were also consulted, as was the 2012 case study on “The Stock Market Crash of 1929” prepared for the Rotman School of Management, University of Toronto.

The photograph of 339 Beach Road comes from the Metis Beach walking guide which can be found online at https://heritagelsl.ca/walk-our-heritage/east-trail/