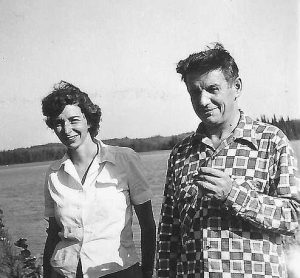 From 1950 until 1953, Con and Barbara Campbell ran a refueling base and weather reporting station for Gold Belt Airways of Noranda at Bachelor Lake, Québec, 180 miles northeast of Rouyn, near present-day Desmaraisville. After Gold Belt closed the base in 1953, the couple returned to Noranda where they lived for the rest of their lives.

Flights of History is proud to feature chapters from Barb’s journal recording their experiences.

To view all her posts, just click on the Gold Belt Air Service category below the main title at the top of the page.

Our life in the bush started in 1948 when Con and I were first married, and we made our home in a tent on top of a snow-dusted hill. Romantic? Maybe. But the November winds were bone-chilling and wet snow seemed to saturate even my very soul. Still, there was something so basic and satisfying about it that I hated to leave when our work there was finished.

The next year and a half we spent in Noranda in the Abitibi region of Québec, where Con and I both had jobs that kept us at more civilized pursuits.  Weekends and summer holidays, however, found us far from sidewalks and neon lights

My boss, Mark Hanlan, of the Mark Hanlan Machine Company, Limited, was a man of great patience and understanding.  He would raise his eyes imploringly to heaven and sigh with a great show of resignation before loaning us the company truck for a foray into the hinterland. Or he would let me have a day off when I explained that the future of all Canada depended on my going with Con on some particular trip.  No one ever had a better employer, or better friends than him and his wife Sally, but the day came when we finally reached an impasse.

Impasse with the Boss

Early in March, I asked Mark if I could have the following Monday off as some valuable ground was coming open for staking on that day and Con and I planned to be there to stake a mineral rights claim.

“Oh, I guess so ― if you’ve got everything caught up and nothing comes up in the meantime.  But for gosh sakes, let that be the end of it for a while.  I’m going to be out of town a lot this spring and we need someone in the office,” he answered. 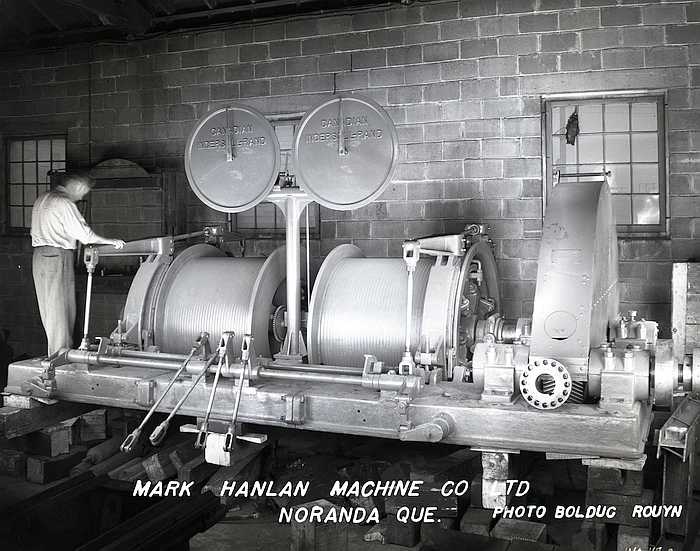 “Besides,” he added with a rueful laugh, “who else can figure out that ingenious filing system of yours?  By what devious thought pattern have you filed those letters from Bill Denton?  I thought I told you they were important, but I can’t locate ‘em in the “D” file anywhere.”

Hastening to the filing cabinet I quickly extracted the missing correspondence.

“Thanks.  Where did you have them hidden this time?”

“In the C file, naturally.  You told me to file them with ‘care’,” I said smugly.

“Now you listen here, young lady, I’m sick and tired of this!  Just one more example of your light-minded attitude and out you go!  Y’hear?”  His roar was impressive.

“Yessir,” I said meekly, offering him a cigarette as a peace offering.  Somewhat mollified, he departed and I heard him bellow cheerfully for the foreman as he entered the machine shop.

For the rest of the week I worked diligently to keep my things caught up.  Just as I was finishing at noon on Saturday, Mark said in an offhand manner, “If that chap Denton phones from Toronto on Monday, tell him I’ll call him back on Tuesday ― I’ll be in Kirkland Lake all day Monday.”

“But, Mark,” I wailed, “I won’t be here either ― Monday’s the day we’re going staking!”  The silence was sepulchral.

“You be here on Monday, or else!” I could see he meant it.

“You heard me.”  And the door slammed behind his militant back.

Monday was a day of rare beauty ― the first day offering a hint that winter was starting to sag at the knees. A day of blue and cloudless skies, of new snow sparkling in the clear sunlight, a day without a breath of wind.  It was perfect.

As the surface snow began to thaw and pile up on our snowshoes, the snowshoeing became more difficult.  Not really bad yet, but a sign that snowshoe travel would soon become impossible.  The eight miles we traveled was just about all I could manage on my city-softened legs.  By the time we got back to the car in the late afternoon my legs felt like they would snap out of their hip sockets at every step.

“Well, that was an easy day’s work,” Con observed cheerfully, swinging his snowshoes deftly over the top strand of a barbwire fence half buried in the snow.

“Uh huh,” I agreed wearily, going under the same fence on my hands and knees.  It wasn’t easy on snow shoes but it seemed easier than lifting the damn things over as Con had done.

At nine o’clock the next morning, with every muscle I owned creaking like the rigging of a storm-tossed schooner, I tottered into the office. 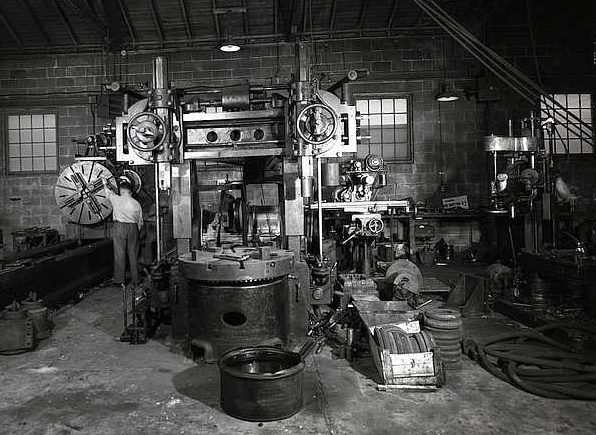 Mark sat at his desk with his back toward me, wrath written in boxcar letters in every line of his body.  He whirled to face me, his eyes glaring with such rage that they cast a reflection like headlights on the walls. Expecting a blast of major proportions, I closed my eyes and winced but his voice was low and icy.

“I’m afraid we’ll have to make some other arrangements, Mrs. Campbell.  I’ll get someone to replace you as of the first of April.”

“O.K.,” I agreed, hanging up my coat.  In an effort to lighten the gloom somewhat, I asked, “Did you go to Kirkland yesterday?” 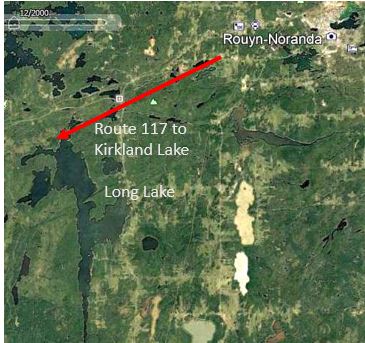 “Yes,” he snarled, “I went to Kirkland yesterday.  I saw your car parked at the head of Long Lake and I felt like plowing right into it.  No one here in the office all day and Mose” ― he was the shop foreman ― “had to keep running in here every five minutes to answer the phone.  I’m not paying him to do your work.

“Now please check these invoices, if it’s not interfering with your plans.”

The day continued along these lines.  I felt badly about it ― Mark had always been more than fair with me.  He was the best employer in the world, running the office informally and giving me free rein to do things the way I found easiest.  And I had let him down.  I apologized sincerely but the deed was done.

In the days that followed, Mark tried unsuccessfully to get someone to take my place.  Not that my job was a difficult one to fill, for anyone with average intelligence could do it, and I was to stay on to break my successor in on the routine.

Meanwhile, I had decided to make a trip home to Michigan for a long overdue visit with my father.  He was getting along in years and my mother’s death two years earlier had left him a lonely man with his family widely scattered.

At the same time, the urge to get back to the bush was growing stronger as Spring advanced, so I was not unhappy at the prospect of being unemployed.  I still felt guilty about the way things had turned out, but when Mark offered to keep me on if I would mend my wayward ways, I had to refuse.  My plans to visit home were too far advanced ― I had alerted Dad and I couldn’t back out now.

A salesman entering the office one day remarked, “I understand Mrs. Campbell is leaving you, Mark.”

“Yes,” he answered bitterly, “I fired her and the darn fool took me seriously!” Which summed the whole thing up rather neatly.

One day he clipped a cartoon from a magazine and propped it up on my typewriter. It showed a frenzied office-girl rooting through a churned-up filing cabinet while her employer, waiting with cold patience, said, “I don’t know how we’ll ever get along without you, Miss Frisby, but we’re certainly going to try!”

At last the month ended.  With genuine regret I left the employ of the Mark Hanlan Machine Company, Limited, and joined the ranks of the unemployed.  It felt absolutely wonderful.

Revised 6 February 2021 to add photographs of the Mark Hanlan Company workshops from the Rouyn-Noranda branch of Bibliothèque et Archives nationales du Québec. Special thanks to personnel there for processing this photo request during the COVID lockdown.