Venturas, Mitchells and Liberators at Dorval, Québec, awaiting delivery by Ferry Command to the United Kingdom and points beyond, 13 May 1942. Photo: Dept. of National Defence / Library and Archives Canada / PA-114759. 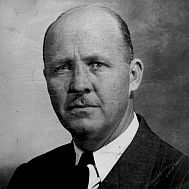 Howard Watt was one of several hundred brave civilian pilots who flew bombers manufactured in North America across the oceans to the battle fronts where they could fight for the Allied cause during World War 2.

Everyone in our family knew that Uncle Howard had been a pilot in Ferry Command. But what did he actually do?

How rewarding to finally receive copies of the official “crew cards” giving details about the aircraft he flew, his destinations, and the dates of his flights! Sincere thanks to Mathias Joost, of the Canadian Armed Forces Directorate of History and Heritage, for his help in ferreting out this information.

What was Ferry Command?

When World War 2 was in its early months, it became clear to both politicians and senior air force people that combat aircraft would be needed in large numbers in the theatres of war across the ocean, and that the best way to deliver those airplanes was to fly them. That’s what Ferry Command was set up to do.

Flying across the North Atlantic and other oceans may seem routine now, but this was not the case at the start of World War 2. Early transoceanic flights had been carried out by daring pilots such as Charles Lindbergh and Amelia Earhart. It was 1937 before the possibility of commercial transatlantic flights was tested experimentally by British and American companies using flying boats. But the War provided even stronger impetus for the project of crossing the seas by air.

Ferry Command proved that long over-water flights could be safely made ­– and in the process, successfully delivered 9,442 aircraft. That’s the figure given by Air Commodore Griffith “Taffy” Powell who was senior air officer in charge of Ferry Command’s day-to-day operations for most of the War.

Answering the Call to Service

To pilot those aircraft, Ferry Command relied primarily on civilians. Like many other Canadian bush pilots, Howard Watt answered the call for experienced aviators. In the late 1920s and early 1930s, he had been a company pilot for Canadian Transcontinental Airways and Canadian Airways Limited, flying airmail along the rugged North Shore of the St. Lawrence River, and carrying freight into remote northern areas of the province of Québec. From the mid-1930s until 1941, he had his own business, providing transportation and freight service to communities along the St. Lawrence with two DH83 Fox Moths and a DH84 Dragon.

In March 1942, Uncle Howard became a pilot with Ferry Command, flying from the new airport at Dorval, on the western outskirts of Montréal. After the standard training period for all new hires, he began flying deliveries in May 1942. During his year and a half with Ferry Command, he delivered a total of 16 aircraft: 1 Baltimore, 4 Bostons, 3 Dakotas, 4 Hudsons, and 4 Venturas. Of these, 8 went to the U.K., 3 to Accra in the Gold Coast, 1 to Gibraltar, and the rest to locations closer to home. 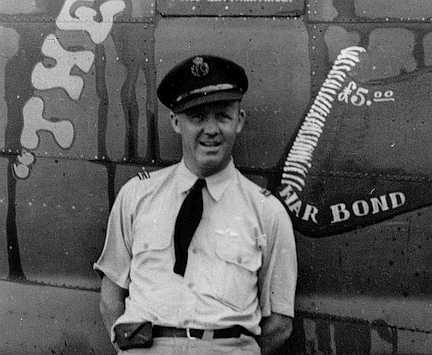 Howard also flew three special flights, including a tour in Liberator FL 919 (nicknamed “The Magic Carpet”) that lasted from 30 August to 15 October 1942 and took him on the South Atlantic route from West Palm Beach and Miami through staging posts in the Caribbean and South America across to Africa, as far as Liberia (Roberts Field) and Accra.

With the special flights accounting for 7 weeks, and rest and recovery days another 30 weeks, Howard would have spent 33 weeks on regular ferry work, including the time required to find his way back to Montréal. This works out to an average of about 2 weeks per delivery.

Why Did Howard Resign?

In October 1943, Howard Watt’s days with Ferry Command came to an abrupt end. On 14 October, he returned to Montréal from Gander, Newfoundland, after his second trip there in nine days flying a Dakota (Douglas C-47/DC-3). That very day, he resigned “for personal reasons.” What prompted this sudden departure? If anyone reading this blog can shed light on this decision, please contact me!

Thanks to Marcia Mordfield of the Canada Aviation and Space Museum for finding the photograph of Howard Watt with Liberator FL 919. Special thanks to George Fuller for advice and encouragement, and to both George Fuller and Diane Wagner for critical reading of the draft of this blog.