Fauquier and Beurling – Did you know?

In response to George Fuller’s “Outaouais and Beyond” post, Con Campbell of Hudson, Québec, sent a couple of comments. With his permission, we are sharing them here for readers of Flights of History. 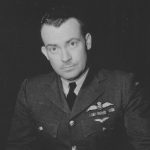 Be advised that this is also the famous Johnny Fauquier who was a bomber pilot in the RCAF and commander at one time of 617 DAMBUSTER SQ. 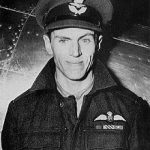 In early 1939 (March–April ), pre his career in the RAF /RCAF, the famous Canadian ace George “Buzz” Beurling also flew into the Rouyn-Noranda area flying freight from Gravenhurst to Rouyn in a Curtiss Robin with a fellow named Smith Langley.

At the time he was still not a licensed pilot. Ref his book Malta Spitfire pg 14-15.