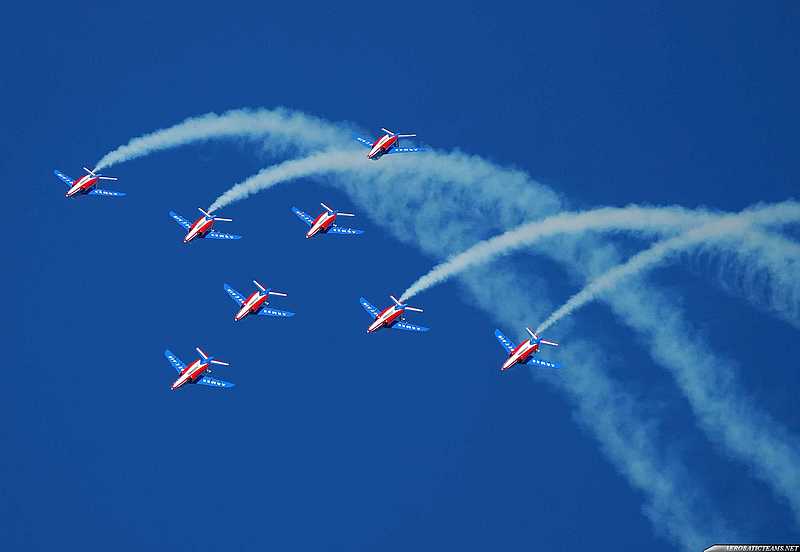 Like Canada’s Snowbirds, the Patrouille de France are ambassadors of the air, seen here with their Dassault-Breguet/Dornier Alpha Jets performing one of their precision routines.  Photo by permission of aerobaticteams.net.

Two great national aerobatic flying teams on the same day, with a supporting cast of vintage aircraft and modern fixed wing airplanes and helicopters – if you’re an air show enthusiast, you won’t want to miss this event!  Mark the date in your calendar – Sunday, 30 April 2017. 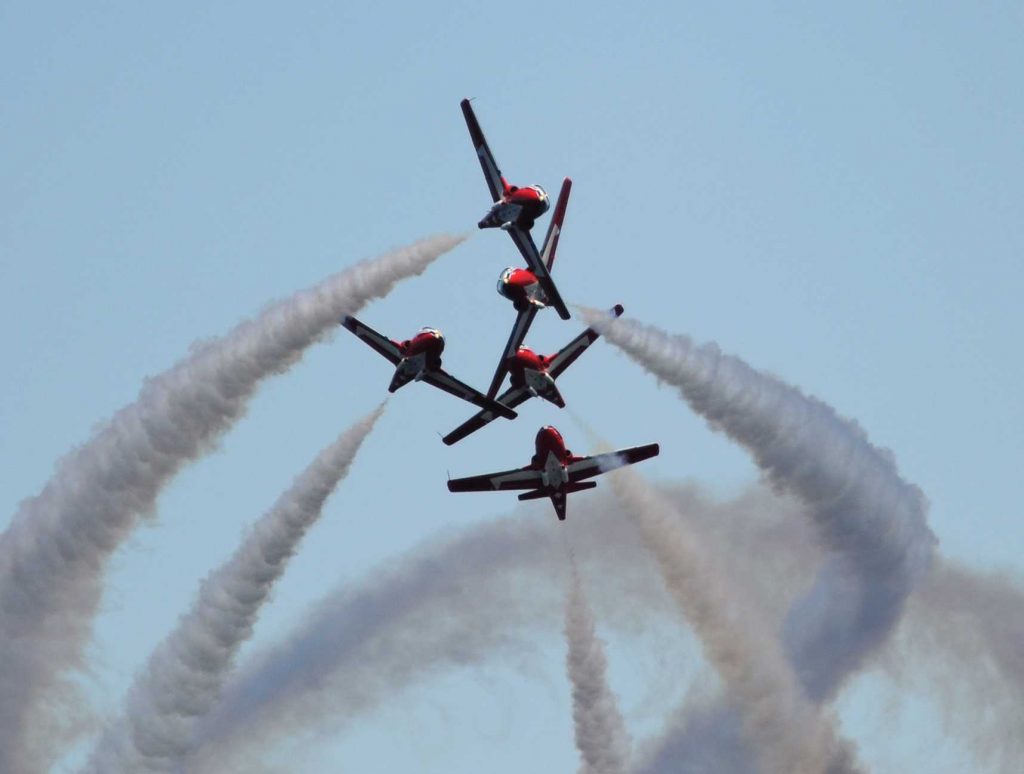 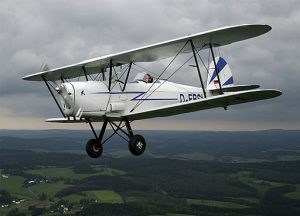 Stampe SV-4A, c/n 634, registration D-EBSH, is held in a private collection in Germany. Photo by J. Klank (Own work) via Wikimedia Commons.

The Patrouille de France is the oldest aerobatic team in the world.  Their first performance was in France in Stampe biplanes in 1931.  They have been in Canada twice before with their Alpha Jets, at Québec in 2009 and Vancouver in 1986.

Canada’s beloved Snowbirds will kick off their 2017 show season with this event at the Gatineau-Ottawa Executive Airport.

Vintage Wings of Canada plans a flying display of the Hawker Hurricane, Vought F4U Corsair and P-51 Mustang aircraft from its historic collection.

Admission to Aero 150 is free.  Parking is also free, with an invitation to donate $5 to Aero 150.  The Gatineau-Ottawa Executive Airport is located at 1717 Arthur-Fecteau Street, Gatineau, Québec J8R 2Z9.  The airport is just off Route 50 in Gatineau, a short drive from either downtown Ottawa or Gatineau.

Aero 150 includes a flypast over Parliament Hill in Ottawa on Monday, 1 May 2017, by the Canadian Forces Snowbirds and the Patrouille de France.

On the Wing to North America

Travelling light is out of the question for an aerobatic team.  When the Patrouille de France left their home base in France on 17 March 2017 for their North American tour, they were accompanied by an Airbus A400M Atlas transport carrying 52 military personnel, all part of the team, and 25 tonnes of freight.  They refuelled at Orléans, France, and again at the RAF station at Lossiemouth, Scotland.

From Lossiemouth, the Alpha Jets were accompanied by what the pilots called their “guardian angel”, a Dussault Falcon 50 from the Marine Nationale fully equipped for search and rescue in case of problems crossing the ocean. 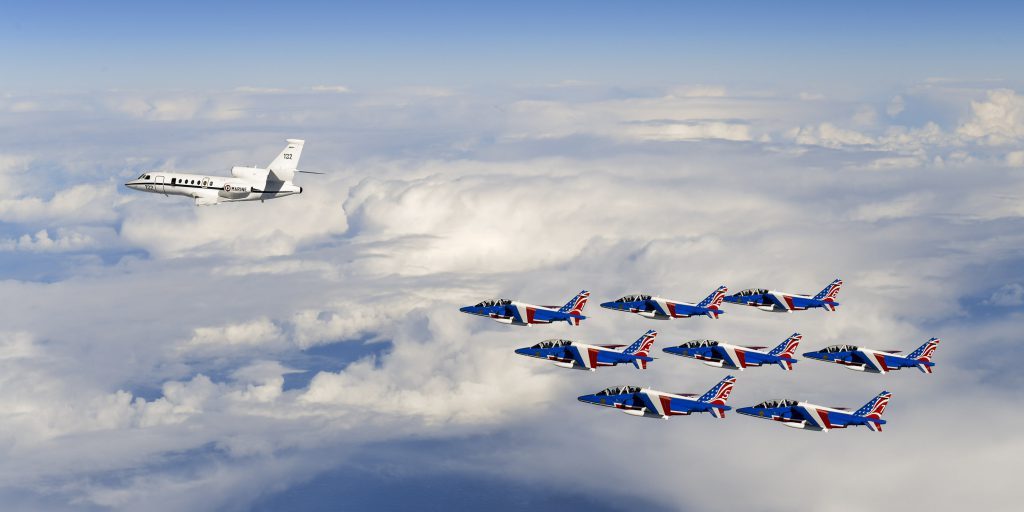 Leaving Scotland, the Patrouille de France followed the northern route across the Atlantic Ocean.  This took them to Keflavik, Iceland; Kangerlussuaq, Greenland, where the temperature was -27°C; and Goose Bay, Newfoundland and Labrador.  They reached Bagotville, QC, on 22 March.

The airports at both Kangerlussuaq and Goose Bay were originally constructed in the 1940s when the northern route was developed during the Second World War.  The U.S. air base at Kangerlussuaq was then known as Bluie West 8.

The entire team proceeded to the Stewart air base at Newburgh, N.Y., on 23 March.  Two days later, the Alpha Jets made a ceremonial fly-past over the Statue of Liberty, and on 26 March they flew over Washington, D.C., before heading off to Florida for the first public performance in their tour of the United States.

At the end of April, the Patrouille de France return to Canada to wrap up their 2017 visit to North America.

This text is based on the official Aero 150 news release, and information on the websites of participating organizations. My thanks to George Fuller and Diane Wagner for reading my draft and suggesting improvements.