Flights of History welcomes returning guest author Darrell Hillier, whose research focuses on Ferry Command and Gander aviation generally. His new book, North Atlantic Crossroads, launched officially on 31 July 2021 at Gander’s North Atlantic Aviation Museum, tells the story of the RAF Ferry Command Gander unit during the Second World War. This is a must-have book for anyone interested in RAF Ferry Command, the supply of bombers to the Allies in the Second World War, or how Gander became the aviation crossroads of the world. To order your copy, visit Darrell’s website.

During the Second World War, the Royal Air Force Ferry Command ferried thousands of factory-new combat and transport aircraft across the North and South Atlantic and Pacific oceans. For aircrews bound for the UK via the North Atlantic route, Gander and Goose Bay became vital maintenance and refuelling stopovers. At Gander, for example, the ferrying organization established a unit to service delivery aircraft, house and feed personnel, and provide air-ground communications and air traffic control.

The RAF Gander operation was relatively small, at least in comparison to its counterparts in the Canadian and American sectors of the airfield. It was also unique in that many of its ground personnel were civilian. Indeed, many of these civilians came from communities scattered throughout Newfoundland and Labrador. Most retained their civilian status while working under a military umbrella, while some, primarily those holding supervisory positions, received special RAF commissions that allowed them to carry out their duties as uniformed members.

So, while many from Newfoundland and Labrador served with the Ferry Command in vital ground support roles, this left me wondering: How many served as actual aircrew members, delivering aircraft or providing other aerial support services for the RAF Ferry Command? My research thus far has revealed the names of nine men. Three gave their lives on air duty. Based mainly on wartime crew assignment cards held at DND’s Directorate of History and Heritage (DHH), what follows is a synopsis of each airman’s work with Ferry Command.

The writer would appreciate hearing from anyone with a name to add to the list. 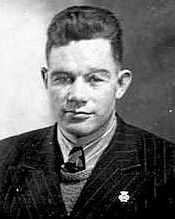 William Collins of St. John’s, one of Gander’s original ground radio staff with VOAC wireless, resigned his job at Gander and joined the ferry service in April 1941 as a civilian radio operator. In July of that year, he made his first Atlantic crossing via Gander to Prestwick, Scotland, in Hudson AM857. During the next year and a half, Collins crossed the North Atlantic six more times, helping deliver three Hudsons, two B-25 Mitchells, and one B-24 Liberator. Another Mitchell delivery, this one on the Pacific route, took him to Australia via San Francisco. During August–September 1942, Collins set out from West Palm Beach, Florida, in Hudson FK471, taking the South Atlantic route through Puerto Rico, Trinidad, and Brazil. From Natal on the coast of Brazil, his crew flew some 1,400 miles to Ascension Island, then on to Accra on the Gold Coast, Kano in Nigeria, El Geneina and Khartoum in the Sudan, Asmara in Ethiopia, and Gura in Eritrea, and then a similar route back to West Palm Beach. The purpose of this non-delivery flight is unclear, but the Hudson likely carried equipment or supplies.

In February 1943, Collins was again bound for the South Atlantic, leaving Elizabeth City, North Carolina, in a PBY Catalina piloted by renowned Canadian bush pilot Clarence Alvin “Duke” Schiller. Following an extended layover at Bermuda, the crew got away on 13 March, but the Catalina soon developed engine trouble and crashed on the water, taking the lives of twenty-five-year-old Collins, Schiller, and two other crewmates. Today, Collins’ remains rest at the Bermuda Royal Naval Cemetery. 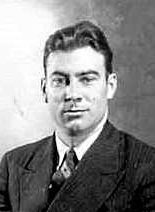 Francis Coughlan of St. John’s, another of Gander’s original wireless staff, resigned to join the ferry service in September 1940. (The service had yet to deliver any aircraft at this time and was recruiting for aircrew.) He was among the pioneer airmen to cross the Atlantic during the flight experiment of November–December 1940. During this two-month period, four groups of Hudsons were ferried overseas through Gander to determine the feasibility of an Atlantic air ferry service. Coughlan made his inaugural flight on 17 December in the third group aboard a Hudson bomber that Captain Allison piloted to Aldergrove in Northern Ireland.

During his service with Ferry Command, Coughlan helped deliver sixteen aircraft, including Catalinas, Liberators, and B-17 Flying Fortresses, most of which crossed via Gander. He also made several special flights between Ottawa and Washington, and from Montréal to Goose Bay, Labrador. At war’s end, the ferry service began to reduce its staff and released Coughlan from duty in October 1945. For his efforts, Coughlan received The King’s Commendation for Valuable Service in the Air. 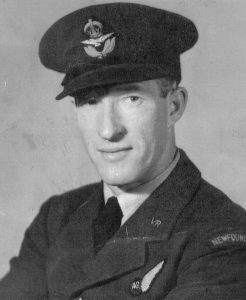 In July 1944, he was attached to RAF Ferry Command headquarters in Montréal. He made no overseas deliveries, but late in November 1944, Ferry Command posted him to Gander as a radio operator aboard the unit’s staff transport Hudson bomber.

After the war, he operated a tavern on Bell Island and from 1950 to 1955, served as the island’s first mayor. 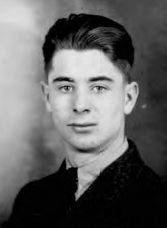 Twenty-one-year-old Matthews completed his first delivery flight to the UK in July 1944 aboard a C-47 Dakota transport. Matthews’ crew followed the northern route through Goose Bay, BW-1 (Bluie West 1, code name for the US airfield at Narsarsuaq, Greenland), and Reykjavik, Iceland. He helped deliver three B-25 Mitchells via the same route during August, September, and October 1944.

His next flight, aboard Liberator KH406, took him from Montréal to Gander, then to Lagens in the Azores, Rabat in Morocco, and finally Maison Blanche Airport in Algiers, Algeria. Here, Matthews and his crew hitched a ride aboard a US transport aircraft and began a week-long journey back to Montréal.

Matthews finished his Ferry Command service in January 1945 with another B-25 Mitchell delivery flight. 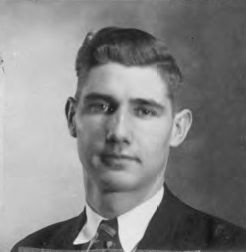 Another of Gander’s original wireless staff, Harry Moores of Blackhead, Conception Bay, joined the ferry service in May 1941. He completed his first crossing in July 1941 via Gander in Hudson AM856 and made a quick return to Montréal aboard a BOAC-operated Liberator transport. The return journey after his next delivery was far less speedy, taking more than two weeks on a slow-moving steamship.

Moores made six transatlantic crossings in total, helping deliver five Hudsons and one PBY, all via Gander. In August 1942, he caught a train to Elizabeth City, North Carolina, where he and his multi-national crew (a Norwegian, a Swede, and an Englishman) took delivery of Catalina FP151. While en route to Boucherville, the Montréal marine base, the aircraft crashed at Cape Charles, Virginia, with the loss of the entire crew. Today, Moores is remembered on the Ottawa Memorial, which commemorates the “men and women of the Air Forces of the Commonwealth who lost their lives while serving in units operating from bases in Canada, the British West Indies and the United States of America, or while training in Canada and the U.S.A., and who have no known graves.” 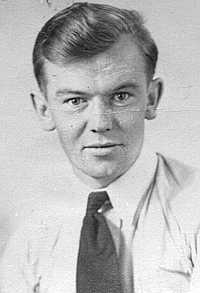 Nineteen-year-old Sergeant Pinsent of Grand Falls arrived at Ferry Command headquarters in April 1942. He completed his first Atlantic crossing in July 1942, delivering a Hudson via Gander to the UK and returning by ship to New York and then by train to Montréal. Thus began a busy schedule for Pinsent that continued throughout the war. His crew assignment card shows an assortment of deliveries on both the North and South Atlantic routes and into Africa. From April to November 1943, Pinsent was based out of Nassau in the Bahamas, and regularly flew into Accra in west Africa, delivering Martin Baltimore light attack bombers, Dakota transports, and a B-26 Marauder. The year 1944 opened with Pinsent back in Montréal and reassigned on North Atlantic deliveries. He next crossed the Atlantic direct from Gander to the UK aboard a Ventura and followed this up with two Dakota deliveries, also via Gander.

An interesting flight in June 1944 saw him depart Gander for Lagens in the Azores in a Boston bomber. From Lagens, Pinsent and his crew delivered the Boston to Rabat, Morocco, where they picked up a return flight aboard an American transport aircraft that landed first at Casablanca and then flew direct to New York. After a short airline flight from New York, Pinsent was back in Montréal, just in time for another Boston delivery flight to the UK, this time using the northern Goose Bay–Greenland–Iceland route. Harry Pinsent returned to Grand Falls after the war and worked there until his retirement at age sixty-five. He passed away in December 2019 at the age of ninety-seven. In a media interview, published in November 2018, Pinsent told that, to his regret, he had not kept track of his wartime flights. Fortunately, the Directorate of History and Heritage in Ottawa held his crew assignment card, so the writer mailed him a copy. (Note: Harry was the brother of Canadian actor Gordon Pinsent.)

John Sinnott of St. John’s flew overseas with No. 176 Squadron, RAF, carrying out twenty-nine operational sorties over enemy territory, including six to Berlin. His “coolness under fire … outstanding ability and strong sense of duty” earned him the Distinguished Flying Cross. By September 1945, Sinnott was home in Newfoundland, assigned to the Ferry Command Gander unit as a radio operator aboard air-sea rescue Canso FT999. In October 1945, the Canso with Sinnott aboard, foundered off Belle Isle during a medevac mission, but two local men rescued the crew and passengers in their dory. Sinnott demobilized from the RAF in March 1946. 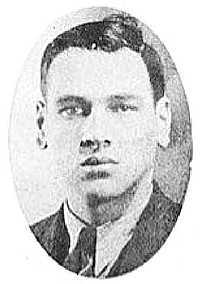 Born in St. John’s, Cyril Small resigned his position with Gander’s radio staff, joining the ferry service in May 1941. The following month, he completed his first transatlantic crossing in Hudson AM976, via Gander to Prestwick, Scotland. Small made three Hudson crossings in total from Gander between June and August 1941. 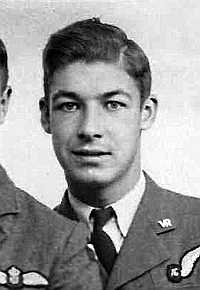 Nineteen-year-old Pilot Officer Vatcher of Rose Blanche had not long finished his training in Canada as a wireless operator/air gunner when he arrived at Ferry Command headquarters in Montréal in June 1942.

There, operations gave him and his crew the task of delivering Ventura AE862. Vatcher and his crewmates likely qualified as Ferry Command “one trippers,” assigned for duty overseas with an operational unit but earning their passage by delivering an aircraft, and therefore temporarily assigned to Ferry Command.

Their flight to Gander in July 1942 did not go as planned after engine trouble forced the pilot to crash-land the Ventura in western Newfoundland. The crew escaped uninjured, returned to Montréal, and picked up another Ventura that they safely delivered to the UK via Gander, BW-1 in Greenland, and Reykjavik, Iceland. Thus ended Vatcher’s brief stint with Ferry Command. 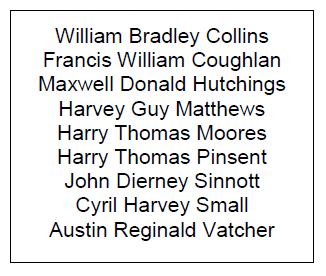