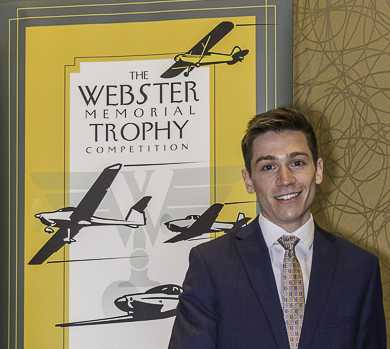 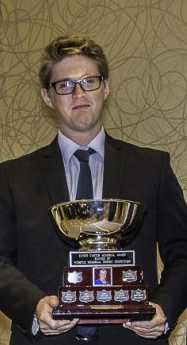 He also won the NavCanada Trophy for excellence in pilot/controller communication.

Competition week is not all about exams and assessments. Webster finalists are invited by local members of the aviation industry to tour their sites. In 2017, the group visited Transwest Air, the Nav Canada Tower, the STARS Air Ambulance operation and the Saskatchewan Aviation Museum. 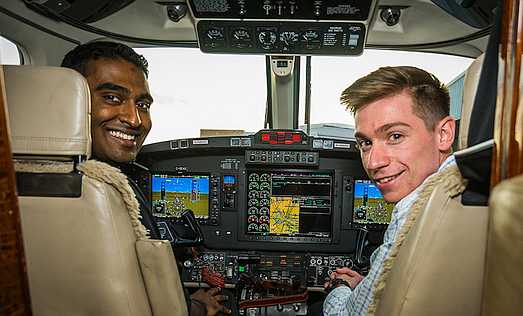 Numerous sponsors, notably Air Canada, the major Webster Trophy sponsor, offer a wealth of prizes. The winner came away with two tickets donated by Air Canada for a flight anywhere within North America and the Caribbean, a development day with the Snowbirds and an Aerospace watch from Breitling Canada. The runner-up also received a Breitling watch.

Both men were presented with framed prints of an original work by well-known Canadian aviation artist Robert Bradford depicting the Curtiss-Reid Rambler III, CF-ABZ, flown by Montreal pilot John Webster in the King’s Cup race in Britain in 1931.

The painting shows a tense moment as Webster’s yellow Rambler and a D.H. Moth nearly collide while emerging from the clouds during the race at a point near Leeds, England.

Finalists all received a Webster plaque marking their achievement, a $1,000 grant toward a Flight Instructor Rating donated by Moncton Flight College, a guaranteed job interview with Air Canada once qualified, and various other prizes listed on the new Webster Trophy website. (See links below.)

In addition, the winner’s school received a $2,000 institutional grant donated by FlightSafety International. 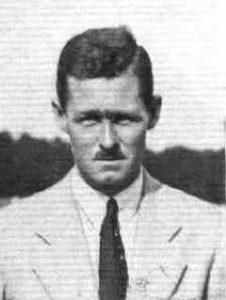 Origins of the Webster Memorial Trophy date back to 1931. On August 10, just one week after his return from a very respectable showing in the King’s Cup, John Webster was practising for an aerobatics performance to take place August 15-16 at the Canadian Air Pageant at St. Hubert, Québec. Flying a Curtiss-Reid Rambler I, CF-ABY, he went into a spin from which he did not recover. He was 29.

His father, Dr. J. Clarence Webster of Shediac, New Brunswick, set up the annual competition in his memory to encourage Canadian amateur pilots.

Since 1932, the Webster Memorial Trophy has been awarded 54 times. A total of 26 men and women on the winners’ list have gone on to permanent jobs with Air Canada.

My thanks to Brenda Reid, national administrator for the Webster Memorial Trophy Competition, for sharing background on the annual competition.

In addition to the Webster Trophy website, sources include Flight magazine, July 31, 1931; newspapers of the day; and Library and Archives Canada registration and accident files for CF-ABY, the Rambler I which John Webster was flying on August 10, 1931.

Special thanks to photographer Mike Doiron of Moncton, New Brunswick, for permission to use his photographs from the 2017 Webster Trophy finals.

Mike says he started in photography as a hobby at a very young age and continues to take pictures 45 years on. He spent over 40 years in aviation as an educator, administrator and inspector. He taught basic flying as well as aerobatics. Today he concentrates on photography. “Although I enjoy all types of photography, I especially enjoy shooting aviation and anything that flies.” See his photography portfolio at: https://500px.com/dacsafety54